About Our Buildings and Locations 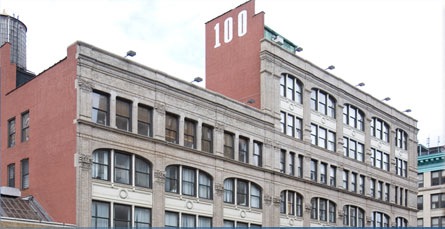 Our long-time downtown offices are located at 100 Lafayette Street in lower Manhattan, between Walker and White Streets, one block south of Canal Street, on the edge of the downtown’s TriBeCa neighborhood. Our downtown offices are near the New York State Supreme Court (60 Centre Street) the United States District Court for the Southern District of New York (500 Pearl Street), the New York City Civil Court (111 Centre Street), and all other downtown Manhattan courthouses and facilities.

Our downtown office can be reached easily by public transportation. The following Subway stops are within a short walk of our office: the Canal Street stations for the 6, Q, R, N, W, J, M, Z, A, C, and E trains, and the Franklin Street station for the 1 train. There are public daily fee parking lots nearby, including lots on Worth Street between Broadway and Lafayette.

The stunning building at 100 Lafayette Street is an individual New York City landmark. A copy of the New York City Landmark Preservation Commission’s Designation Report for the building can be accessed here. It was built in two stages in the years prior to World War I and was originally owned and occupied by the Stanley Tool Works. This neighborhood formerly was the hardware and tool district in Manhattan, of which only a few vestiges remain. Our building was fully renovated in 2001 and converted to office use. The present tenant roster includes architects, engineers, accountants, an outlet of The Whitney Museum, and many lawyers and law firms.

Our recently opened uptown office, The Legal Studio @ 238 West 139th Street, is located on two floors of a townhouse on “Striver’s Row,” a block of 19th century townhouses between 7th and 8th Avenues, directly below the famed City College campus. Our new office was meticulously designed and built by craftsman to replicate the historic details in this row of landmarked buildings, which were designed by architect Bruce Price, famous for the Chateau Frontenac hotel in Quebec City and many historic buildings in Tuxedo Park, New York. A copy of the New York City Landmark Preservation Commission’s Designation Report for the historic district can be accessed here. Detailed information about the historic district, its component buildings, and many of its famous residents can be found in The St. Nicholas Historic District report prepared for the City of New York Housing & Development Administration in 1973 by James R. Doman Associates, Architects and Planners. The Doman report can be accessed here.